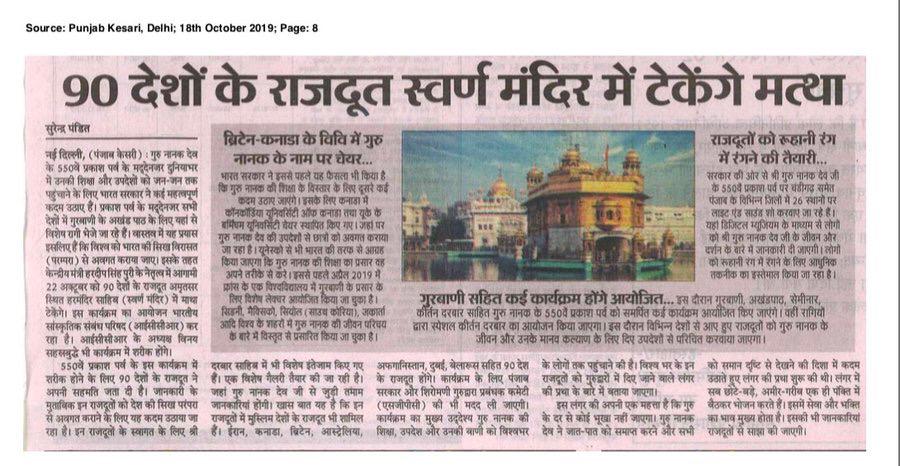 Following the decision by the Union Cabinet to celebrate the 550th Birth Anniversary of Shri Guru Nanak Devji throughout the country and across the globe, in a grand and befitting manner, the Indian Council for Cultural Relations (ICCR) has invited Heads of Foreign Missions in New Delhi to visit the Golden Temple in Amritsar on Tuesday, 22 October 2019. Over 90 Resident Heads of Missions in New Delhi are expected to travel to Amritsar. The visit is being organized by ICCR in collaboration with the State Government of Punjab and the Shiromani Gurudwara Parbandhak Committee. Shri Hardeep Singh Puri, Minister of State (I/C) for Civil Aviation, Housing and Urban Affairs and Minister of State for Commerce & Industry, and Dr. Vinay Sahasrabuddhe, President, ICCR will accompany the Heads of Missions. Guru Nanak Devji's teachings of love, peace, equality and brotherhood have universal appeal and convey the message of spirituality, humanity, devotion and truth. New Delhi October 19, 2019.